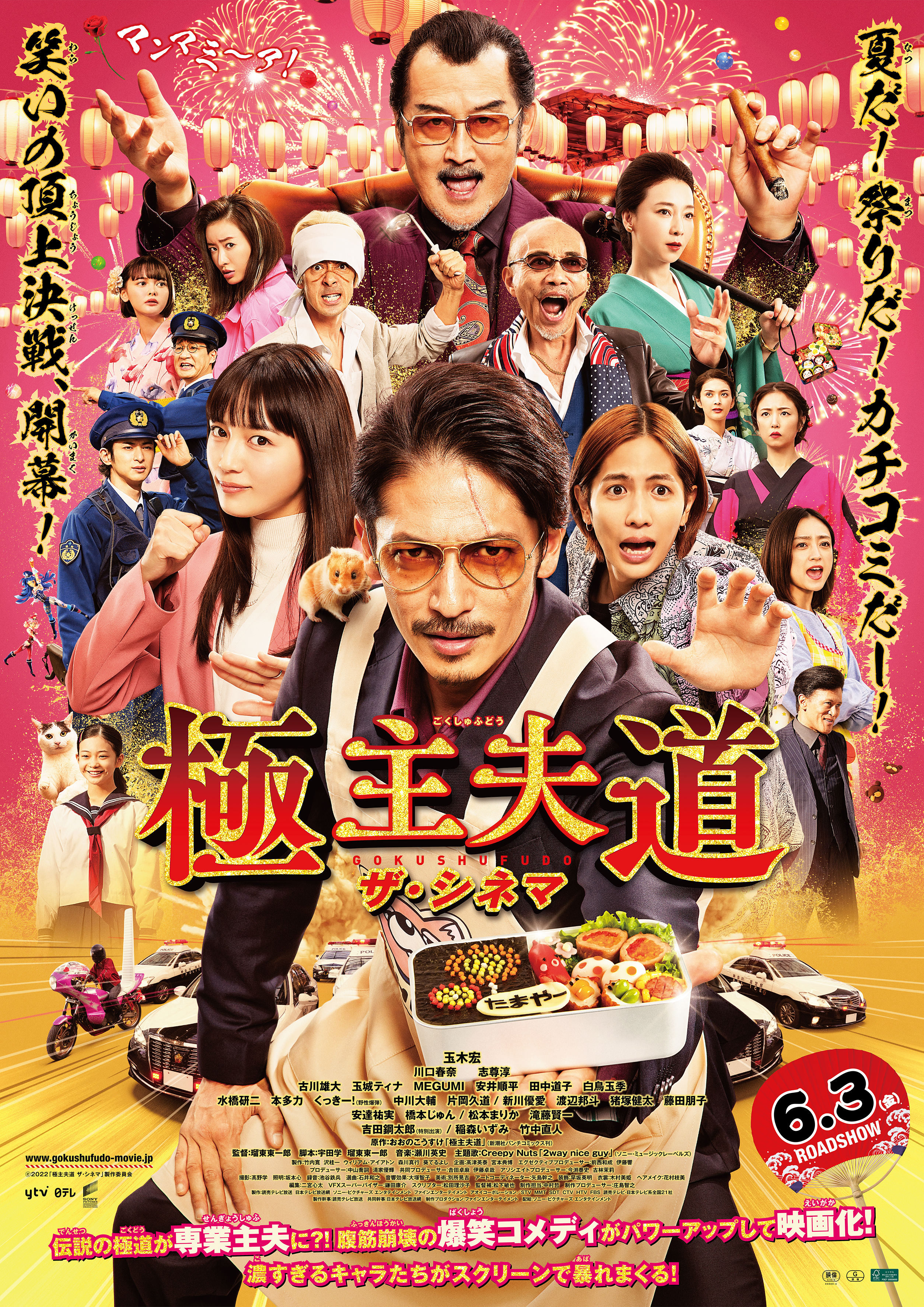 ©2022 “The WAY OF THE HOUSEHUSBAND: The Cinema”Film Partners

The most（notorious）househusband in history appears！！
The sinister Yakuza who left behind many legends in the underworld, “The Immortal Dragon”
He washed his hands of the Yakuza lifestyle, and the new path he chose...was “househusband”!
Up to now, in Japan ‘househusbands’ were a rare breed, but they have been increasing, and now there are over 130,000 men who work as househusbands. Especially in the younger generation, it’s a job that over one third of them have chosen-the path of ‘stay-at-home’ husband！
In the drama, Tatsu handled many things such as cooking, cleaning, laundry, childcare and more. Among all that, the small things known as「Unnamed Housework」became a hot topic.
Yakuza×Househusband
In the never-before-seen narrative, ‘Tacchan’ charmed living rooms everywhere.
And now the “ultimate spokesman for [housewives（and househusbands)] everywhere”, the Yakuza Househusband, returns！

©2022 “The WAY OF THE HOUSEHUSBAND: The Cinema”Film Partners