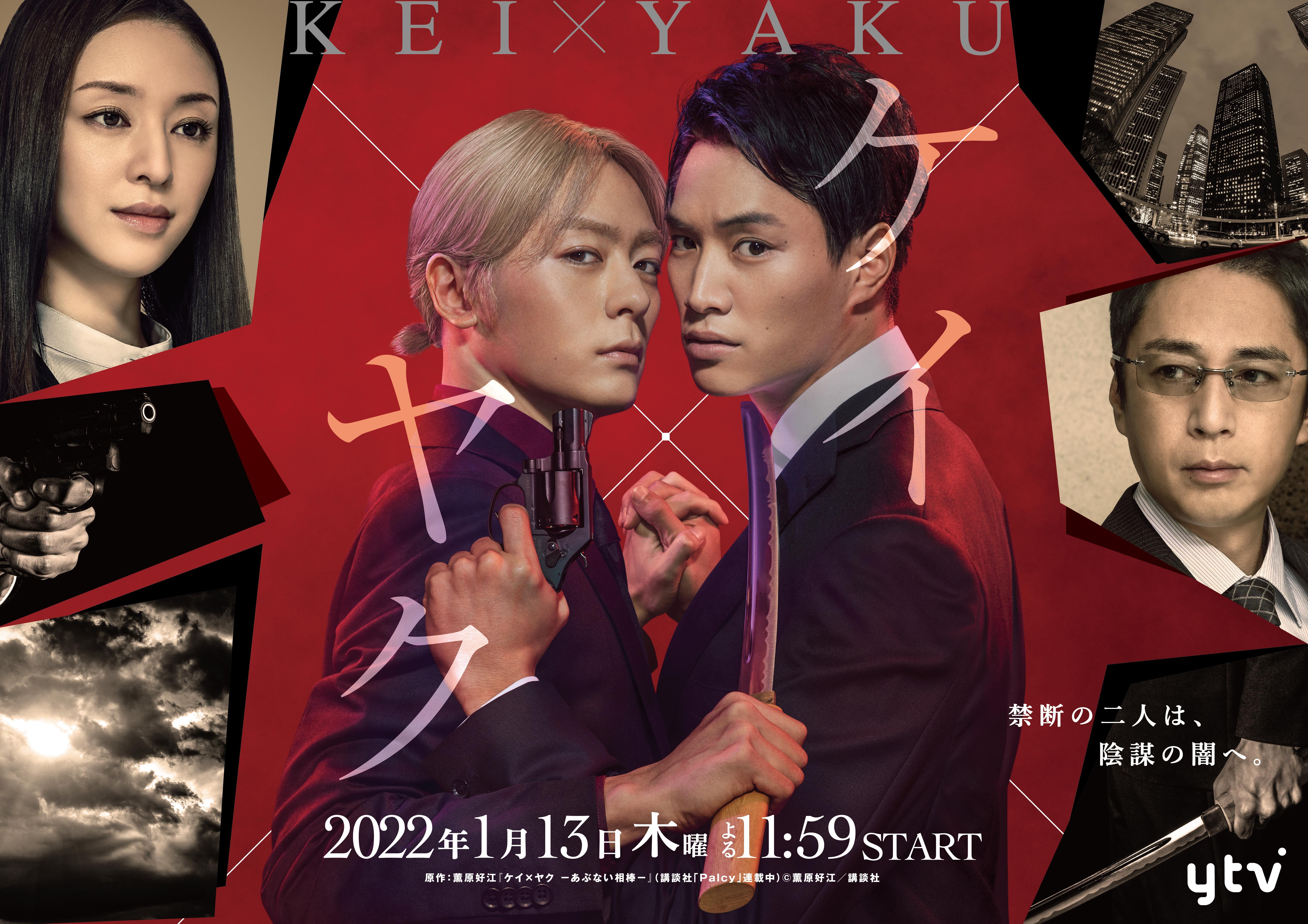 Three years ago, a video of a female public security investigator being kidnapped and assaulted was uploaded to the internet. Her name was Rio Nakaba, and the video caused a huge uproar- but it was instantly deleted. This incident was called the “Joker Case” within the Public Safety Bureau, and for some reason, the investigation was quickly terminated and Rio was deemed to have been killed in the line of duty.
Ichiro Kunishita, a junior public safety investigator who looked up to Rio, was not satisfied with this decision, and continues to advocate for the “Joker Case” to be reinvestigated. However, his boss Chief Taguchi orders him to take on a completely different case. Ichiro is requested to conduct a private investigation on Shiro Hanabusa, the young leader of the Minegami Clan crime syndicate. It seems that Shiro had quickly risen through the ranks of the Minegami Clan and has become the lover of several politicians. For the investigation, Ichiro approaches Shiro at a hotel bar. Shiro is wary of Ichiro's presence and the situation is touch-and-go, but it seems Shiro thinks of Rio as a sister. In order to find Rio, Shiro says he became the leader of an organized crime syndicate, and confirms that he has been prostituting himself to politicians in order to obtain information.
Ichiro proposes they team up for Rio’s sake. They pretend to obey Chief Taguchi's orders and begin living together, posing as lovers. Using the diary left behind by Rio as a clue, they discover that before she disappeared, Rio was investigating the terrorist bombing incident that occurred 20 years prior, which also took the lives of Ichiro's parents. They discover that Taguchi was also involved in that investigation. Is Taguchi an ally, or a foe? When Ichiro questions Taguchi if he is hiding information about Rio's disappearance, Taguchi invites him to his apartment. What awaits him there is a reunion with Rio. They pretend to obey Chief Taguchi's orders and begin living together, posing as lovers.
Rio's life had been threatened throughout the investigation, and it was Chief Taguchi's ploy to claim that she had been killed in action, when in reality she had been in hiding. Though Ichiro was elated with their reunion, it was short-lived. As suspected, Rio was further investigating the terrorist incident, and she said that her life was under threat because she had uncovered the truth behind the bombing. Ichiro and Shiro join up with Rio and Taguchi to investigate the bombing. Ichiro is strongly motivated to avenge his parents. As Shiro finds out more about Ichiro's loneliness, he begins to develop a strong emotional bond with him. However, it is confirmed that that the perpetrator of the bombing is also Shiro's benefactor, and this causes him to become intensely conflicted.
To keep the incident a secret, the people suspected of being involved in it are being erased one by one. It turns out that the prime minister and other big-shot politicians are heavily involved behind the scenes, and Ichiro and Shiro find themselves in grave danger in the thick of a massive conspiracy.