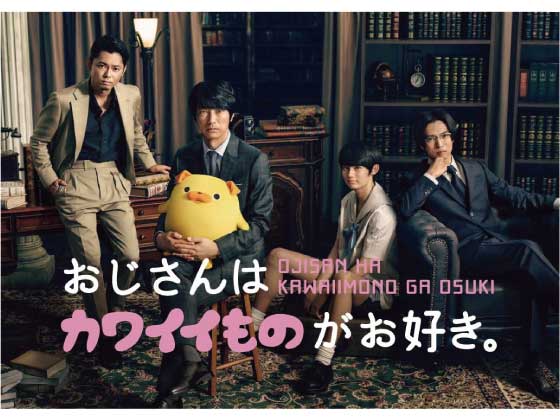 Mitsutaka Oji is an attractive hard-working manager, admired by both his superiors and subordinates. Well-mannered, gentlemanly, and stylish to boot, he’s popular among women.
However, this man has a secret... He absolutely loves cute things!
Mitsutaka can’t resist cuteness, and he’s head over heels for his beloved character Pug Taro!
Aware that his hobby is in flagrant discord with his looks, Mitsutaka does all he can to hide it from the people around him. However, he’s determined to remain the devoted “Pug Taro-ist.”
How does his determination fair as he interacts with Wataru Naruto, a manager of the neighboring department and his rival, Kenta Kawai, a first ever “soul mate”, and his nephew Masumi Nii, currently freeloading at his house?
Watch as this unlikely group of grown men get to know each other’s secrets and gradually build strong bonds with each other.
Sneak a peek at how they met, how they interact, squabble, and get tangled in misunderstandings! Fall in love in those cute grown up men who secretly love the cutest stuff!