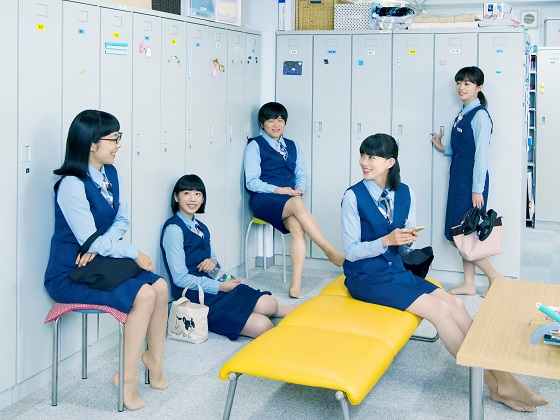 The 2017 drama series, Kaku OL Nikki (Fictitious girl's diary), will return in 2020 as a movie! Comedian Bakarhythm, both writing and starring in the original, will be returning to once again write and star in the movie. Set in a fictional bank featuring a female office worker who works, drinks, falls in love and complains, this slice-of-life drama quickly won the hearts of many female viewers. The fact that Bakarhythm himself starred as a female office worker also stirred much buzz. The show was highly rated, having gone on to receive awards like an honorable mention at the 55th Galaxy Awards, an award celebrating excellency in broadcasting, individuals and organizations. Based on the original novel “Fictitious girl’s diary” by BAKARHYTHM published by Shogakukan Inc.