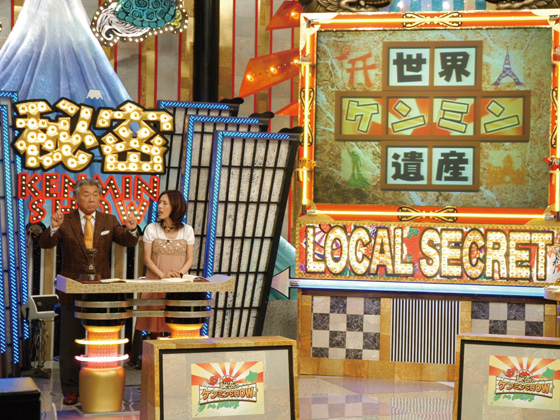 Learn all about the unique parts of Japan!

This show highlights the differences between different parts of the country, focusing on language and culture. Although Japan is geographically a relatively small country, each prefecture has its own traditions, dialect, foods, etc. This program shows what makes each place unlike any other.

INTRODUCTION TO LOCAL CULTURE
In this segment, something that most people would find odd is shown to be perfectly normal for the residents of a particular prefecture.

INTRODUCTION TO OSAKA
This segment introduces the city of Osaka, a city with a number of strange quirks, places, and people.

ISLAND SECRETS
There are four main islands of Japan, but there are many other small islands as well that make up the Japanese archipelago. There are many strange local rules such as an island where dogs are forbidden.

MEETING POINTS
This segment introduces common meeting points for dates across Japan, and proceeds to show popular date spots in the area.